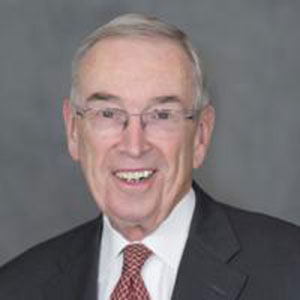 Dr. Silverstein is a graduate of Johns Hopkins University and the Albany Medical College where he was elected to AOA. Following his surgical residency at the Boston City Hospital, he completed a three-year fellowship in surgical oncology and served as Assistant Professor of Surgery and Oncology at UCLA School of Medicine, as well as Senior Researcher at the UCLA School of Public Health.

Dr. Silverstein founded The Breast Center in Van Nuys, California in 1979 and served as its Medical Director and Senior Surgical Oncologist until 1998. The Van Nuys Breast Center was the first free-standing breast center in the United States and it served as a model for breast center development and operation, having been visited by physicians from all over the United States and from more than 20 foreign countries.

Dr. Silverstein served as Professor of Surgery with Tenure at The Keck School of Medicine at the University of Southern California, Director of the Harold E. and Henrietta C. Lee Breast Center at the USC/Norris Cancer Center, Chief of the Breast Service at the Los Angeles County USC Medical Center, Director of the Breast Fellowship Program, and held the Henrietta C. Lee Chair in Breast Cancer Research from 1998-2008. In 2012 he was named the Gross Family Foundation Chair in Oncoplastic Surgery.

Dr. Silverstein is the author of more than 400 scientific papers, book chapters, and abstracts. In addition, he has written five books dealing with breast cancer, including the first major textbook on ductal carcinoma in situ (DCIS) of the breast. He developed the Van Nuys Classification for Ductal Carcinoma in Situ of the Breast as well as the USC Van Nuys Prognostic Index. Both of these tools are used worldwide for DCIS prognosis and treatment.

Dr. Silverstein has spoken throughout the world on breast cancer related subjects and has received numerous honors including the Impact Award for Lifetime Achievement in Breast Cancer from the National Consortium of Breast Centers, the Miami Breast Cancer Conference Lifetime Achievement Award, the Lifetime Achievement Award from the Lynne Cohen Foundation, a lifetime achievement award from the Mexican Senologic Society, and the Pathfinder Award from the American Society of Breast Disease. Dr. Silverstein is a past-president of The American Society of Breast Disease and has been listed in “Best Doctors in America” for many years. In 2010, he was the recipient of Albany Medical College Alumni Association’s Distinguished Alumnus Award.

In October 2015, Dr. Silverstein gave the 50th IS Ravdin Lecture on Surgical Science at the Annual Meeting of the American College of Surgeons in Chicago.

The American College of Surgeons

The American Society of Breast Surgeons